Crypto exchanges are booming, for now

Sign up to myFT Daily Digest to be the first to know about Cryptocurrencies news.

A handful of cryptocurrency exchanges have suddenly become billion-dollar companies. An explosion in bitcoin’s popularity has supercharged previously small-time platforms into powerhouses generating millions of dollars in revenues every day.

The dizzying returns are a poke in the eye for stock and currency trading platforms that have opted to stay out of the world of digital assets. They must watch as barely four-year old start-ups boast about bumper revenues. The question is: how long can the bonanza last?

Previously unreported numbers indicate exchanges such as Binance and FTX are on track to achieving well over $1bn in profits this year, according to the companies as well as calculations by the Financial Times.

That was underlined on August 10 when Coinbase, the largest listed digital asset exchange, surpassed market expectations by reporting that second-quarter net income climbed to $1.6bn from $32m in the same period last year.

“Growth has been phenomenal,” said Ben Zhou, chief executive of Singapore-based Bybit, where $76bn of digital assets changed hands on May 19, the platform’s busiest day. “Volumes are 20 times higher today than in 2019.”

But the juicy profits come at a time when authorities in several jurisdictions are attempting to tighten their grip on what happens on these platforms. The rapid rate of growth will probably intensify regulatory scrutiny. And as competition between exchanges heats up, key players could seek out revenues away from trading, in anticipation of downward pressure on at present hefty profit margins.

The biggest cryptocurrency venue by volume, Binance has generated $1.8bn of trading revenues since the start of the year, according to calculations by the FT. This figure is based on Binance’s average trading fees of 0.03 per cent on $6tn worth of transactions, using data from CryptoCompare.

That puts the company on track to beat last year’s profits of between $800mn and $1bn, according to Changpeng Zao. Known in the industry as CZ, the platform’s chief executive founded the company in 2017. He noted that the privately held company, which has no official headquarters, rarely calculates its earnings in US dollar terms. “[Profits are] held in various cryptocurrencies and thus [it] fluctuates on a daily basis,” he said.

Other big exchanges have also benefited from bitcoin’s rising popularity. Hong Kong based FTX expects to make a profit of roughly $400m this year, Sam Bankman-Fried, the company’s chief executive, told the FT. This compares with profits of around $77m last year, based on total traded volumes and the 0.02 per cent average fee cited by Bankman-Fried.

“Two years ago, we were running a sort of miniature version of the current business,” Bankman-Fried said. “It’s exactly the same as when we started the business but everything has two more zeros behind it.”

Average daily volumes on the largest cryptocurrency exchanges have grown exponentially in the past year to rival the amount of transactions that take place in traditional currency markets. At the same time, key players in crypto trading are able to charge multiples of what their peers can outside digital asset markets: average fees range from 0.02 per cent to 0.05 per cent, compared with about 0.01 per cent outside digital assets. 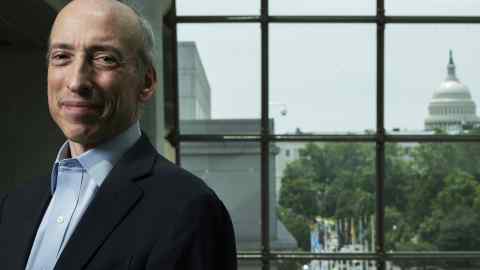 The rate of extraordinary growth has translated into ballooning valuations. Bankman-Fried set up FTX in 2019 to create a reliable trading platform for his computer-driven cryptocurrency trading company Alameda Research. Last month, FTX was valued at $18.7bn as part of a funding round that raised $900m from investors. In February last year, the exchange was worth $1bn.

But the rapid rate of growth could soon prove unsustainable due to a tail-off in the number of new bitcoin buyers, higher regulatory costs and increased competition. Marcus Hughes, UK and European head at Coinbase, said the company was looking for ways to expand its services and reduce its reliance on trading revenues.

The risks of regulation also loom large. FTX’s Bankman-Fried said it could “end badly” if industry participants did not engage with regulators, while calling for more clarity about rules.

Bybit’s Zhou said crypto exchanges have in the past benefited from a lack of rules as regulators paid little attention to the digital asset space in previous years. That has changed in the past year.

“I think those who say they are not concerned about regulation are either lying or don’t understand what’s going on,” Zhou said.

For the latest news and views on fintech from the FT’s network of correspondents around the world, sign up to our weekly newsletter #fintechFT

Investors need to evaluate the impact of a growing nationalism

Climate change ‘is affecting all of us every day,’ climate counselor to the treasury secretary explains

From floods to fires, the rising number of billion-dollar catastrophes each year has underscored the need for swift action on

“As mobile banking adoption continues to accelerate, financial services providers are looking to offer users a more personalized and all-around