Executive who helped shape post-crisis Bank of America to retire

Sign up to myFT Daily Digest to be the first to know about Bank of America Corp news.

Tom Montag, the Wall Street executive who helped reshape Bank of America as it emerged from the 2008-09 financial crisis, is retiring at the end of the year.

Montag came to BofA from Merrill Lynch, the Wall Street broker acquired by the bank in 2008 as it faced huge losses from securities backed by subprime mortgages. He had joined Merrill as head of trading earlier in 2008, having spent the previous 22 years at Goldman Sachs.

His hard-charging leadership style helped the BofA’s corporate and investment bank rise in prominence during the turbulent decade following the financial crisis, but drew criticism from employees who felt pressured to work from the office during the coronavirus pandemic. Montag, 64, holds the titles of chief operating officer and president of global banking and markets.

BofA said Anne Finucane, its vice-chair and another central figure in the bank’s post-crisis recovery who is one of the most senior women on Wall Street, was also stepping down.

Both Montag and Finucane will remain in their roles to the end of the year, the bank said, adding that it would announce succession plans in the coming weeks.

“Tom joined the company during one of the most challenging periods in financial services history and skilfully steered the business to be one of the few financial institutions that can help clients raise cash, move money, expand into new markets and manage risk in every major market around the world,” said Brian Moynihan, chief executive. 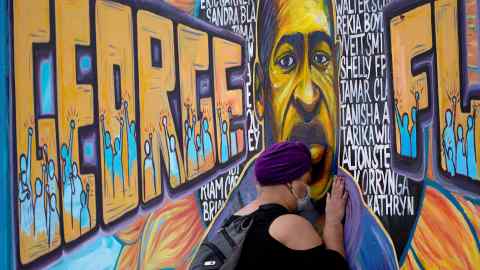 Finucane, 69, joined BofA as chief marketing officer in 2004 when it acquired FleetBoston Financial. The bank said she helped restore its reputation following the financial crisis.

She led BofA’s work on environmental, social and governance matters such as gun violence and climate change, and oversaw its commitment of $1.25bn to address racial inequality following the police murder of George Floyd in Minneapolis last year.

The pledge was the first corporate commitment of that size at the time and was followed by other companies.

WILLIAMSTOWN, Mass. — With a new office at 377 Main St., financial adviser Matthew Neely and the team at