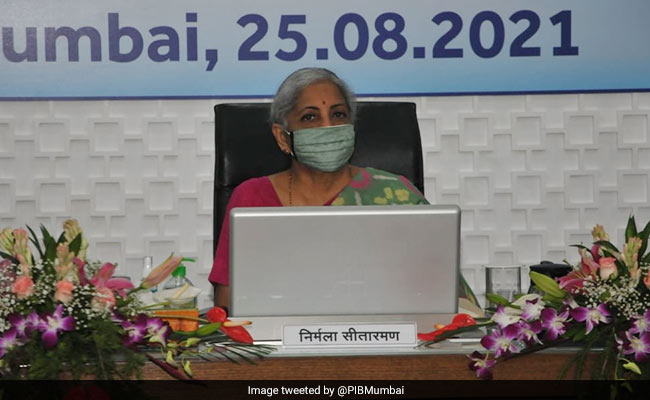 Union finance minister Nirmala Sitharaman, who announced the National Monetisation Pipeline on Monday, hit back at Congress’s Rahul Gandhi today for his criticism over it. “Does he (Rahul Gandhi) understand what monetisation is? It was Congress that sold the country’s resources and made kickbacks in it,” Ms Sitharaman was quoted as saying by news agency Press Trust of India.

The monetisation plan — under which up to 25 airports, 40 railway stations and 15 railway stadiums, among other installations, have been identified for private investment — has become a huge political flashpoint since it was announced.

Mr Gandhi had spearheaded the Congress attack on the government over the monetisation plan, saying it helped Prime Minister Narendra Modi “sell the country’s crown jewels, built over 70 years with public money, to his industrialist friends”.

The Congress also pointed to the BJP charge that since Independence, the Congress has brought no development. The privatisation list is of assets built by successive Congress governments, which the BJP is now selling it to cover up their mismanagement of the economy, the party said.

Besides the Congress, several opposition parties have also targeted it since Monday.

The Trinamool Congress has called it a dangerous bid. “NMP is an unprecedented anti-people move which did not figure in the BJP election manifesto for the 2019 Lok Sabha polls,” said senior party leader Sukhendu Shekhar Roy.

Rashtriya Janata Dal leader Tejashwi Yadav called it is a “sinister plan” to curtail government jobs, which is against the interests of people and the country, reported news agency ANI.

The BJP has been fending off the Congress attacks. Yesterday, Ms Sitharaman’s cabinet colleague, Union minister Smiriti Irani, ripped into the Congress and Rahul Gandhi.

“In 70 years of Independence, the district the MP led (Amethi) did not even get a district hospital,” said Ms Irani, who dislodged Mr Gandhi from family turf Amethi in the 2019 Lok Sabha elections. “Their problem is that 6 lakh crore rupees will come from this disinvestment. That’s why they are having trouble,” she added.

Union minister Mukhtar Abbas Naqvi dubbed the Congress a “non-performing asset” which has no value. All that can be said on the condition of the Congress is “good luck and get well soon”, he said.