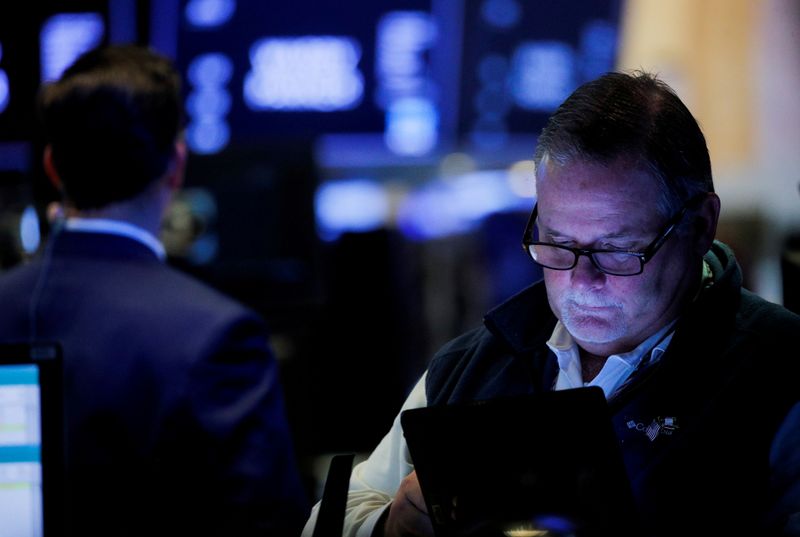 By Noel Randewich and Shreyashi Sanyal

Top U.S. Senate Republican Mitch McConnell said his party would support an extension of the federal debt ceiling into December. This would head off a historic default that would exact a heavy economic toll.

“McConnell made some dovish comments about temporarily extending the debt ceiling,” said Jay Hatfield, founder and portfolio manager at Infrastructure Capital Advisors. “That’s going to be interpreted in the short-run as positive.”

McConnell’s offer could provide an off-ramp to a months-long standoff between President Joe Biden’s Democrats and McConnell’s Republicans, who had been expected on Wednesday to block a third attempt by Senate Democrats to raise the $28.4 trillion debt ceiling.

Stocks were lower for much of the session after a strong showing of private jobs in September fueled bets the Federal Reserve could start reining in monetary stimulus soon.

Mega-cap growth stocks Amazon (NASDAQ:) and Microsoft (NASDAQ:) both rose more than 1% after the benchmark retreated from three-month highs by early afternoon. [US/]

“Positive labor market data comes with the implication that the Fed can tighten policy at a quicker pace. But the fact that hiring is up shouldn’t be discounted — it’s definitely a good thing in terms of recovery,” said Mike Loewengart, managing director, investment strategy at E*TRADE Financial.

The more comprehensive non-farm payrolls data is due on Friday. It is expected to cement the case for the Fed’s slowing of asset purchases.

American Airlines (NASDAQ:) Group fell 4.33% after Goldman Sachs (NYSE:) cut its rating on the carrier to “sell” from “neutral”.

Declining issues outnumbered advancing ones on the NYSE by a 1.31-to-1 ratio; on Nasdaq, a 1.58-to-1 ratio favored decliners.

Volume on U.S. exchanges was 10.6 billion shares, compared with the 11.0 billion average over the last 20 trading days.

Disclaimer: Fusion Media would like to remind you that the data contained in this website is not necessarily real-time nor accurate. All CFDs (stocks, indexes, futures) and Forex prices are not provided by exchanges but rather by market makers, and so prices may not be accurate and may differ from the actual market price, meaning prices are indicative and not appropriate for trading purposes. Therefore Fusion Media doesn`t bear any responsibility for any trading losses you might incur as a result of using this data.

Fusion Media or anyone involved with Fusion Media will not accept any liability for loss or damage as a result of reliance on the information including data, quotes, charts and buy/sell signals contained within this website. Please be fully informed regarding the risks and costs associated with trading the financial markets, it is one of the riskiest investment forms possible.

LONDON–(BUSINESS WIRE)–Endava (NYSE: DAVA), a leading next-generation technology services provider, today announced a revised date for the publication of its

Ends Second Quarter with Total Liquidity of $54.8 Million Company expects that sailing will have resumed on 79 ships by

Businessman Igor Fruman leaves after his arraignment at the United States Courthouse in the Manhattan borough of New York City,